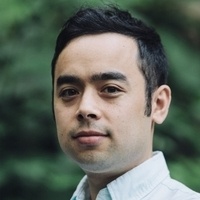 Among the Russian Trolls: From 4chan to the Alt-Right, How Internet Subculture Marched into the Real World

The sociology department invites you to a public lecture by New Yorker staff writer Adrian Chen '09.

This talk will examine the dark side of digital spaces and online forums. Chen's expose of the Silk Road, an online site which facilitated online drug purchases, led to state investigations that shut the site down. He has explored anonymous online spaces that distribute child pornography through image-based bulletin boards on the site 4chan. His decision to Dox a notorious moderator (known by his user name Violentacrez) spurred widespread controversy and debate about online vigilantism. Chen also broke the story of Russian state troll factories, where staff are paid to spread Russian state propaganda through new social media under assumed names. He is currently researching the work of online moderators for Facebook, YouTube, and other new social media who see the “worst of humanity on a daily basis” and whose indirect exposure to trauma leaves them at risk of depression and other mental disorders.

Adrian Chen is currently a staff writer at the New Yorker and is a frequent commentator on digital media on NPR. He has also written for the New York Times, New York Magazine, Wired, and internet publications such as Gawker and Slate. At Reed, Chen was one of the creators of The Pamphlette. While attending the college, he also wrote for Willamette Week and appeared on OPB’s Live Wire, demonstrating talent as a humorist-storyteller.