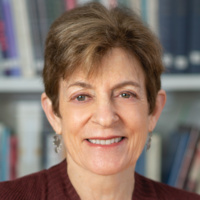 Professor Cott's work ranges over questions about gender, marriage, feminism, and citizenship; her interests also include the history of sexuality, social movements, political culture, law, and journalism. Her historical studies include The Bonds of Womanhood: "Woman's Sphere" in New England, 1780-1835, The Grounding of Modern Feminism, and Public Vows: A History of Marriage and the Nation. She helped to challenge the federal Defense of Marriage Act (DOMA), and she testified as an expert witness in the federal case Perry v. Schwarzenegger against Proposition 8 in California. She is past president of the Organization of American Historians (2016-2017).

The lectureship honors the work of Professor Wallace T. MacCaffrey (1920-2013), distinguished historian and Reed alumnus (class of 1942).  Sponsored by the department of history. Free and open to the public.