All Your Racial Problems Will Soon End 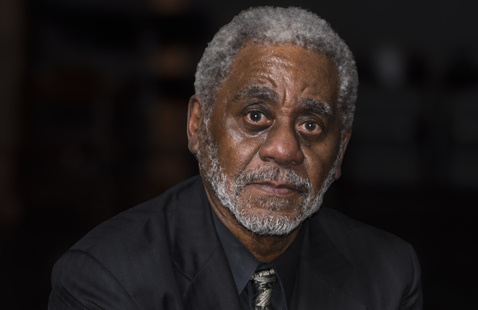 Psychology, 105 View map
Add to calendar
Save to Google Calendar Save to iCal Save to Outlook

The Cartoons of Charles Johnson

The Reed College studio art department is pleased to bring author and cartoonist Charles Johnson to campus. Johnson will discuss his new book All Your Racial Problems Will Soon End: The Cartoons of Charles Johnson. Years before he wrote his National Book Award–winning novel Middle Passage, Johnson created sidesplitting and subversive gag comics about Black life in America, now collected for the first time in nearly half a century.

Johnson is a novelist, essayist, literary scholar, philosopher, cartoonist, screenwriter, and professor emeritus at the University of Washington in Seattle. A MacArthur Fellow, he won the National Book Award for his novel Middle Passagein 1990.

Free and open to the public. Sponsored by the art department.

Johnson will also be in conversation with Reed professor Daniel Duford at Powell's City of Books on Monday, November 28 at 7:00 p.m.