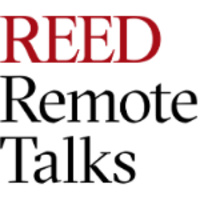 Laura Nix ’89 is an independent filmmaker committed to exploring provocative characters and subject matter. Her most recent film, a short documentary about love and immigration, Walk Run Cha-Cha was nominated for a 2020 Academy Award. Laura will share insights about the seven-year process of making the film and answer your questions. Walk Run Cha-Cha is available to stream at the New York Times and is part of their Op-Docs series, which features short documentaries by independent filmmakers. The format of this talk will be a 40-minute interview followed by a 20-minute Q&A using Zoom.

This event will be recorded.

Register in advance for this event

After registering, you will receive a confirmation email containing information about logging into the event.

Laura Nix ’89 is a director, writer and producer working in non-fiction and fiction. Her short film, Walk Run Cha-Cha, was nominated for a 2020 Academy Award for Best Documentary Short Subject, and The New York Times series, From Here to Home, in which the film appears, was nominated for a 2020 News and Documentary Emmy. Her feature documentary, Inventing Tomorrow, won a 2019 Peabody Award. Laura also directed the feature documentaries The Yes Men Are Revolting, The Light In Her Eyes, and Whether You Like It Or Not: The Story of Hedwig, as well as the award-winning fiction feature The Politics of Fur. She was named a 2018 Chicken & Egg breakthrough filmmaker and was awarded the Sundance Institute/Discovery Impact Fellowship in 2017. Raised in New York state and based in Los Angeles, Laura is a film expert for the U.S. State Department’s American Film Showcase and a member of the Academy of Motion Picture Arts and Sciences. More can be found here.