Politics and Policy Lecture Series: Hana Nasser - "Islam and the Return of Banishment" 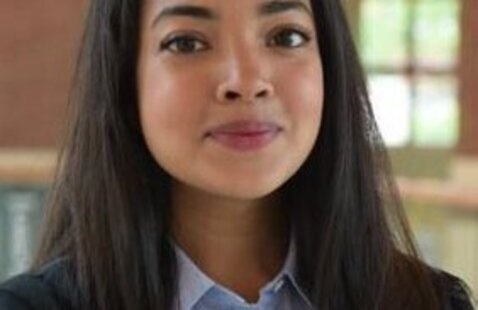 Psychology, 105
Add to calendar
Save to Google Calendar Save to iCal Save to Outlook

Please note: the in-person event is only open to current students, staff, and faculty. Otherwise, please register to attend the virtual lecture.

Hana Nasser - "Islam and the Return of Banishment"

In recent years, several democratic states have had to address the issue of returning “foreign fighters” who migrated to Iraq and Syria to join the Islamic State and have since sought to return following the organization’s defeat. Many western democratic states have responded to returning foreign fighters by revoking their citizenship, thereby preventing their return, and in some instances, rendering them stateless persons. Political theorists have written about the normative
dimensions of the state’s use of revoking citizenship as a punishment for joining a foreign terrorist organization. Many of these theorists argue that the revocation of citizenship is a contemporary form of the archaic punishment of banishment, which completely severs the tie between a citizen and her state, and due to its permanent quality, deviates from more humane forms of punishment that aim at the reform and reintegration of an offender into society.

Nasser's research asks what these recent cases of citizenship revocation reveal about the democratic state’s continued investment in citizenship as an affective and legal category. She will discuss why Muslim citizens, in particular, have disproportionately been subject to citizenship revocation, and why Islamic-oriented forms of political violence have been met with this particular punishment. One case that illuminates the racialized and gendered dimensions of the revocation of citizenship as a punishment is the case of western women who joined the Islamic State (dubbed “ISIS brides,” or “jihadi brides” by the media) and have had their citizenships revoked. She argues that analyzing the case of the “ISIS brides” reveals the need to approach the punishment of the revocation of citizenship from an intersectional perspective, whereby gender and Islam’s racialized status in western societies coincide in the democratic state’s determination of the normative subject of western citizenship.

Nasser is a Ph.D. candidate in the Department of Politics at the University of Virginia. Her research interests are in continental political theory and critical race and gender theory. She is interested in the place of Islam in public political life in western democratic states and political theories of punishment. Her dissertation, "Statelessness and the Return of Banishment" examines the gendered and racial dimensions of the rise of global statelessness. She was the assistant editor of the journal, Political Theory from 2020-2021.

Note: the in-person event is only open to current students, staff, and faculty.