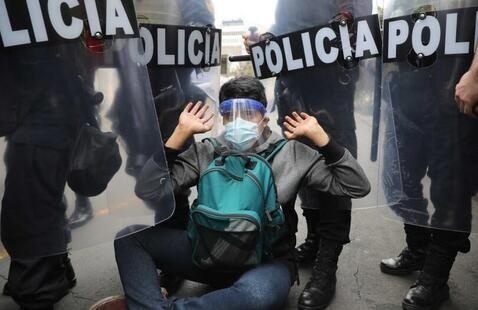 Latin America is not just the region with the highest criminal violence, but also with the most violence by the state, especially the police, against its citizens. Despite consolidated democratization and multiple reform attempts, this phenomenon pervades the region, albeit in different magnitudes and forms. In this talk, I present an overview of how police violence varies across countries, within countries, and over time. I also propose some tentative alternative explanations for these trends, focusing on the cases of Brazil and Colombia.

Hernán Flom is a political scientist who researches organized crime, violence, and policing. His work has been published in Comparative Politics, Governance, Latin American Politics and Society, and the Journal of Urban Affairs, among others. His book, The Informal Regulation of Criminal Markets in Latin America, has been published by Cambridge University Press (2022). He is currently a Visiting Assistant Professor in the Department of Political Science at Trinity College.

Sponsored by the Political Science Department.