Lecture: Abdellali Hajjat - The Wretched of France: The 1983 March for Equality and Against Racism 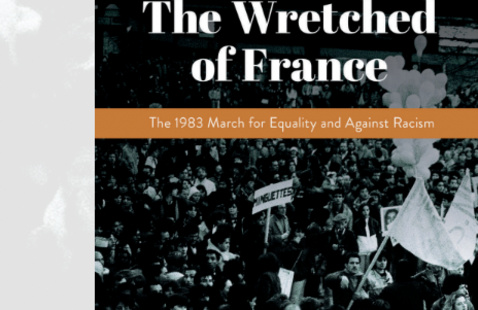 Psychology, 108 View map
Add to calendar
Save to Google Calendar Save to iCal Save to Outlook

In 1983—as France struggled with race-based crimes, police brutality, and public unrest—youths from Vénissieux (working-class suburbs of Lyon) led the March for Equality and Against Racism, the first national demonstration of its type in France.

As Abdellali Hajjat reveals, the historic March for Equality and Against Racism symbolized for many the experience of the children of postcolonial immigrants. Inspired by the May '68 protests, these young immigrants stood against racist crimes, for equality before the law and the police, and for basic rights such as the right to work and housing. Hajjat also considers the divisions that arose from the march and offers fresh insight into the paradoxes and intricacies of movements pushing toward sweeping social change.

Translated into English for the first time, The Wretched of France contemplates the protest's lasting significance in France as well as its impact within the context of larger and comparable movements for civil rights, particularly in the US.

Abdellali Hajjat is Associate Professor of Sociology at the Université Libre de Bruxelles and member of the Group for Research on Ethnic Relations, Migration and Equality.

Presented by the Anthropology, French, and Sociology Departments and the CRES Program.