2020 Election Update for the Reed Community 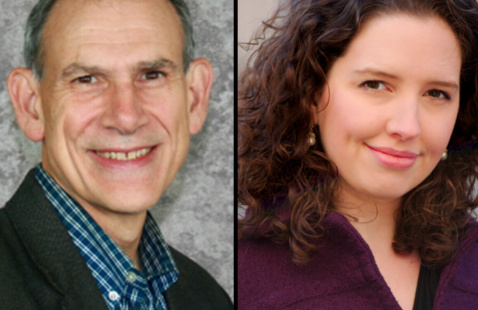 Eliot Hall, 314 View map Free Event
Add to calendar
Save to Google Calendar Save to iCal Save to Outlook

The Political Science Department would like to invite the Reed community to a discussion on the upcoming 2020 election this Thursday, February 20th in Eliot 314 from 4:15 - 5:15pm. Refreshments will be available.

This is an opportunity for staff, students, and faculty to be part of an informal discussion about the upcoming 2020 election, voter turnout, and the data science behind politics today. This event is open to the Reed community.

We look forward to seeing you there!

---
Amelia Showalter is the Co-Founder and CEO of Pantheon Analytics. In 2012 Amelia served as Director of Digital Analytics for President Obama’s re-election campaign. Previously she provided data analysis and microtargeting to dozens of campaigns as a strategist at Changing Targets Media and MSHC Partners. After the Obama campaign, Amelia established a solo consulting practice, helping her clients adopt data-driven strategy and a culture of rigorous testing.

Phil Keisling is the director of the Center of Public Service at Portland State University. Keisling’s public service career includes work as a campaign aide to former Governor Tom McCall (1978); four years as a journalist for Portland’s Willamette Week (1978-81) and three years for Washington Monthly magazine based out of Washington D.C. (1982-84); and as a legislative staff assistant to then-Oregon House Speaker Vera Katz (1985-88). In addition, he served one term in the Oregon House of Representatives (1989-91) and nearly a decade as Oregon Secretary of State (1991-99).

Paul Gronke is Professor of Political Science at Reed College. He studies American politics and empirical political theory, with specialties in the U.S. Congress, elections and electoral behavior, and public opinion. Dr. Gronke has worked to improve access and ensure integrity in the American elections system, helping to guarantee that every eligible citizen in the United States can participate in our democratic system and in 2005 established the Early Voting Information Center.