Since antiquity, mathematics has been a cornerstone of the liberal arts. It serves as a model of clear reasoning and expression of thought, and its focus on the study of patterns and structures ensures its continued wide-ranging relevance.

Mathematics is the scaffolding of the physical sciences and has exciting new applications in areas such as information science, network theory, cryptography, biology, and theoretical and applied economics. Meanwhile, tools are being developed to solve some of the great long-standing problems of pure mathematics. 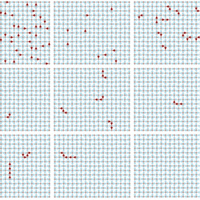 Dynamics and Distributed Computing - Distributed computing is about finding efficient algorithms that can be run in parallel using as little communication...